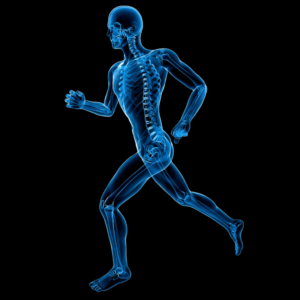 We all move differently. Biological variation is the norm and varying movement and posture protects our bodies from repetitive strain over time.

Running, however, is a repetitive activity involving high impact forces through the musculoskeletal system over varying distances. This is particularly the case when running on roads or pavements where there is little variety in the quality of the surface, less so on trails where the surface and terrain varies.
It is this repetitive nature of running that can lead to overload in the feet ankles, knees and back, causing wear and tear and eventually injury to overloaded structures. 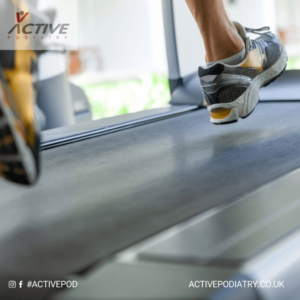 You may have already had a running analysis in a running shop to assess what kind of running shoes you need. Whilst these can be useful, they tend to be targeted on the foot to identify a foot strike pattern, such as excessive pronation, which may require a certain type of running shoe to increase comfort and efficiency.

They generally do not involve looking at the whole-body head to toe to look at issues further up the body chain, such as tight calves or weaknesses at the hips, which may be contributing to that excessive pronation, for example. Simply changing the shoe or otherwise increasing support under the foot will not address the core issues which caused the problem in the first place.

A running analysis at Active involves taking a more detailed look at your running biomechanics, assessing head to toe to identify any issues such as weaknesses, asymmetry and running style which may be contributing to or increasing your risk of injury. This is particularly important if you have a long-term repetitive injury which simply will not go away, as opposed to an injury caused by overtraining or trauma, such as an ankle sprain. 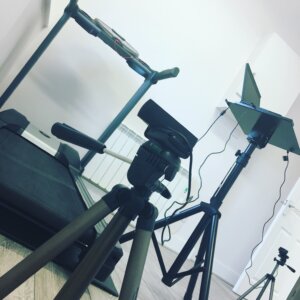 High resolution 4K video capture played back in slow motion helps me to break down the sequence of movements which may be risk factors for injury and put a plan into place to reduce the load in a particular structure. This may involve strength and flexibility exercises, orthotics, changes in running technique or training loads, and choosing an appropriate shoe for your running biomechanics.

Give us a call at Active to discuss further how a running analysis might help you to recover more quickly from your injury or how to head off future injuries at the pass before they become a problem.